Artist Community Gathers Worldwide To Mark Birthday Of Letha Rodman Melchior January 25th, Sets Goal Of Funding Her Fight Against Cancer Until 2014 When Obamacare Kicks In 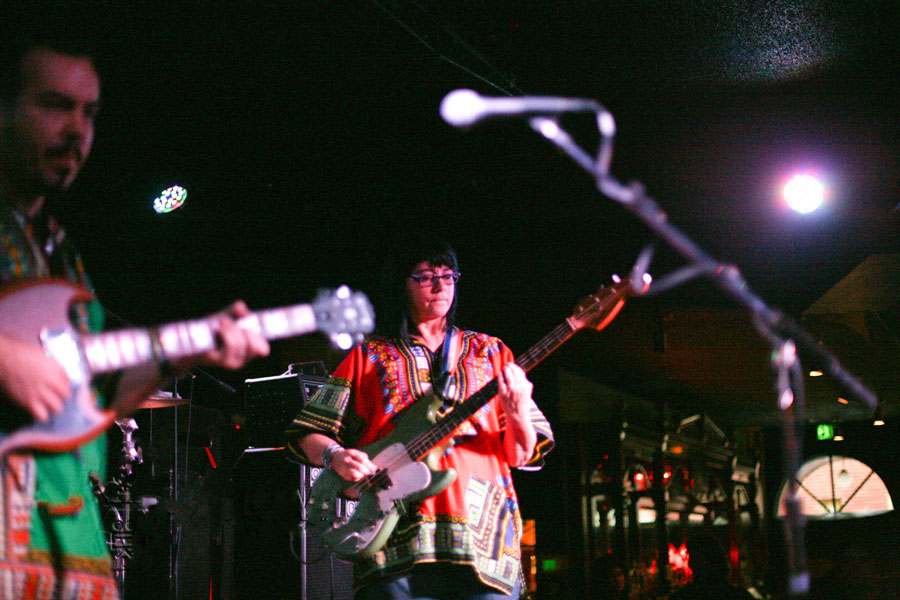 Dan & Letha at the Scion Garage Festival
Musicians and artists Dan and Letha Rodman Melchior are two of the most prolific and respected members of the avant-garde rock community. Dan’s recent record, The Backward Path, has had accolades poured over it since its release this fall; Letha’s artwork has long graced many of Dan’s covers, and her recent small-scale release, Moon Mountain, is a thumb in the eye of the cancer she’s been fighting for over two years, making what writer Sebastian Morris White calls “the most artistically productive household in the country” all the more admirable.

But the struggles Letha and Dan face are real, and until the Affordable Health Care Act becomes fully implemented in 2014, Letha’s insurance is minimal enough that the generosity of the folks who contribute to the Letha Melchior Rodman Cancer Fund remains hugely important. To get Letha and Dan that much further toward the 2014 coverage, an international community of artists and fans has set the goal of funding her fight against cancer until Obamacare fully kicks in. To kick off the campaign events in Barcelona, Chicago, Madrid and New York have been announced all leading up to Letha’s birthday January 25th, which will be celebrated with exuberance.

The artist community goal is to bring in at least $30,000 in financial and in-kind donations by the end of 2013.

You can help now by making a donation of any size

Letha keeps a meticulous journal of her experiences fighting cancer over the last two years at her blogspot. Her story has also been covered recently in Shuffle Magazine, and Indy Week, so please take some time to get to know her story! 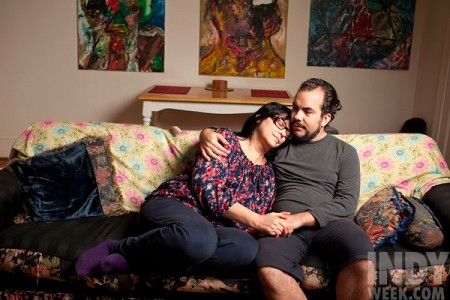 Letha Rodman Melchior and her husband, Dan, at home in Durham


Letha Rodman Melchior found out she had stage 4 melanoma in Dec 2010. In January 2011 she learned that she also had breast cancer. The news was devastating, and her worries about the cost of the treatment, and the effect this illness would have on the lives of her and her husband Dan, was (and still is) overwhelming.
Letha, lived in NYC for over 20 years and worked as a makeup artist for national magazines and publicity shots for celebrities. She became interested in music when a friend suggested she play bass in a group he was starting. The group didn’t last very long but her interest in playing music solidified and she went on to play with JZ Barrell, Cell, and Ruby Falls, a band that toured and put out two albums and four singles between 1993-2000 (the year the band officially broke up)
Letha was lucky enough to meet Dan Melchior and marry him in 2000. They have been happily married ever since, collaborating on countless artistic and musical projects along the way.
Since 2009, Letha has been very interested in experimental music and has blended her field recordings with instruments of various kinds, to create soundscapes that evoke a familiar, yet distant world of the unknown. Letha has had three solo releases onIkuisuus (under the name Tretetam) including a split tape with Color Rabbit. More recently her 'Moon Mountain' tape was released by Robert and Leopold under the name Letha Rodman Melchior/Tretetam.
Since her diagnoses, over ten operations and procedures she has become determined to overcome the paralyzing fear of dying, and all the complications cancer has caused to keep creating music that tells the story of living and dying, the known and the unknown. She tries to remain creative and positive towards her cancer. She is the author of, “Letha’s Happy Hospital Funtime Blog” a blog where she chronicles her personal and candid experiences of having cancer.
MORE ABOUT DAN MELCHIOR
Starting out in London as a devotee of various blues and old time country musicians (Skip James, Dock Boggs, Robert Wilkins, etc).  Dan Melchior soon found that slavish impersonation wasn’t the right route for him. After a period of mainly re interpreting traditional material, Melchior found a way to express his own concerns and ideas lyrically, and set about melding them to a backdrop of over driven, buzzsaw rock, with various collaborators. The resulting band was called the Broke Revue.  Dan moved to NYC in 2000 to be with his (then girlfriend) Letha Rodman and to pursue playing in this band with American musicians including Brad Truax (Interpol). The Broke Revue released 5 albums on various underground labels, did a number of US tours, and eventually called it quits in 2004. Dan carried on writing and releasing records without respite, with ‘Hello, I’m Dan Melchior’ and ‘Firebreathing clones on Cellular phones’ emerging before he made the break and moved down to Durham NC in 2006.


Since then, Melchior‘s music has really come into its own – mostly under the moniker ‘Dan Melchior Und Das Menace‘, (although no other musicians actually play on the recordings) successfully melding a hodge podge of disparate elements into a cohesive whole that brings to mind veteran UK and US underground bands like The Swell Maps, Andrew Klimek, Chrome andAlternative Television more than they do old blues men or the tweedy garage rock conservatives of his past.
LINKS
Letha's Happy Hospital Funtime Blog
Dan Melchior Official Website

As you probably know, the life of a musician playing independent music is not a lucrative one. So when one hits a snag in life that taps the resources and makes working an outside job impossible, times get really hard. This is where Dan and Letha Melchior find themselves right now. You know Dan as one of the best underground rock & roll songwriters around. He's released records on labels such as In the Red, Hangman, S.S., Siltbreeze, Daggerman and others, and played with his bands the Broke Review and Das Menace, as well as Billy Childish and Holly Golightly. Letha is a member of Tretetam and Das Menace, a former member of Ruby Falls, and contributes to a lot of Dan's record jacket art/design, not to mention Dan's partner.

A few months ago Letha was diagnosed with cancer and since then she's been in a pretty hard fight, requiring some operations and much treatment. She's been unable to work. Dan's role as her caretaker has taken him out of the work force. Letha has basic medical insurance but that really doesn't mean a whole lot in the USA. Debt is piling up. And the state that they live in, North Carolina, doesn't offer much in the way of aid. Dan and Letha need our help.

Independent of Dan and Letha, we are asking people to help them out. The Melchior name has given us a whole lot of great music; now it is time to give a little back. We know times are hard for a lot of people, so we are asking that you give what you can afford. Please know that the money donated to Dan and Letha goes directly to them via their paypal account.